Today is the day you can play Hangman at The Romance Reviews's Fall Into Love event. I believe my question will be up again during September, so you should be able to answer it a few times to get points for the fun cover matching game. There will only be one question to answer, though, and that is:

What super couple name has the media given the two main characters of Black Hurricane?

Really, you're not supposed to know the answer when you play Hangman, - that's the whole fun of Hangman - but if you need a clue, you can find the answer in this excerpt: 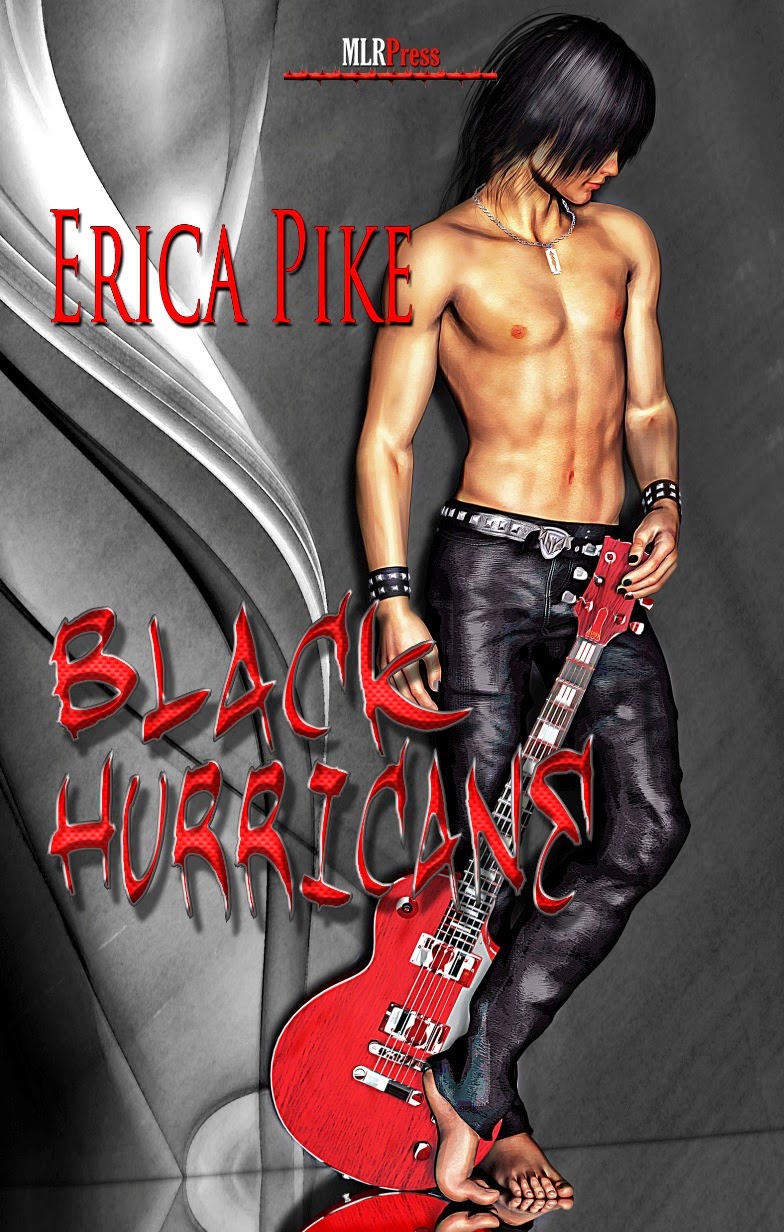 The sun beams down on the black car that stops outside my door at noon two days later. Ally rolls down the window and tells me to hop in. Dean’s not in the car and for a moment I worry that Ally might be working on some scheme concocted by Lee to get rid of me. Crazier things have happened.

“We’ll meet up with Dean later,” she explains as she shifts the car in gear. “Need to ditch the paparazzi first. Buckle up.”
I fasten the seat belt as soon as she starts driving. Christ. Maybe this is a plot to kill me after all. I close my eyes while she zooms between lanes to give photographers a run for their money.
The paparazzi have been hounding my place ever since that YouTube video and tripled in numbers after the concert. They’re part of the reason why I've been hanging out in my loft so much these days. They've even started bugging my friends. Eric came by late last night and shoved a glossy magazine in my face with a picture of him in some awkward position while getting out of Alex’s car with his arms full of take-out. His name was even mentioned, as was his Glitter Guys Magazine. They dug it up, somehow, ’cause I know Eric didn't tell them. Knowing him, he would have posed if he’d known they were snapping pictures.
“I take it we’re not going to the house?” I say to Ally. With a gasp, I grab the handlebar to keep myself steady as she takes a sharp turn.
“Nope, he has something else planned,” she says and grins at me.
“Eyes on the road, please!”
Ally laughs and turns back to the road. “It’s so cool you guys are together. Talk about a hot couple. We've been trying to come up with a super-couple name for you, but it’s not easy since you both have short names. Dazz, maybe? McJazz? JazzQueen? Jazdean?”
“JazzQueen and Jazdean?” I scoff. “Makes us sound like girls.”
Ally snickers. “The media’s sort of already decided on Jazdean. Probably a gibe because you guys are gay. Dean didn't sound too happy about it, so us groupies have been thinking Dazz. Much cooler, right?”
“Still sounds gay. Dazz for ‘Dazzle’? But whatever, it’s way too early for a super-couple name. Technically, we've only been together for two days,” I mutter while I check the mirror for any chasers.
“Not according to the media.”
She zooms past Chinatown and through South Boston. Even though there’s no sign of the paparazzi she keeps driving like a maniac, taking extra ramps only to get back on the road southward. Damn lucky there are no cops around. By the time she stops in an empty parking lot in Dorchester, it feels like my heart got left behind somewhere on Columbia Road where she dove between two trucks.
An old rust bucket of a pickup with tinted windows and peeling red paint sidles up next to us.
“He’s in there?” I point at the vehicle that seems like it’s about to run on its last mile. I don’t want to believe that Ally’s in on Lee’s evil plot, but why would Dean drive a truck like that with all the money he’s got? This looks more like something within Lee’s budget.
“Yeah.” She gives me a small finger wave. “See you at the party tonight?”
“Party?”
“Well, it’s more like a get-together. Maxime thought it would be a good idea to throw one, since there are still ten days until the next concert. You know, let loose a little. But Yin didn't want a bunch of people passed out around the house, so they’re only inviting a few. I think Yin’s already called all your buddies. There’ll only be a couple of other people.”
“Right…” I take another look at the beat-up truck.
“Well, go on. He’s been planning this since yesterday. I've been following the band for a whole year now and I've never seen him this excited about anyone. So romantic.”
“Right,” I repeat a little softer. My heart finally catches up with us at her words.


Taking a deep breath, I open the door and close it with a resounding snap. It only takes three steps for me to reach the handle of the junkyard truck. Who will I find behind the steering wheel? Lee with a gun or Dean with long stemmed roses?

Black Hurricane is available from most online retailers, including: MLR Press, All Romance eBooks, Amazon, Barnes&Noble, and Kobo.
Posted by Erica Pike at 3:18 AM