Official Cover for 'A Life Without You'!

Tonight is a night for me to come squeeing. I just got the official cover for my debut novel!
A Life Without You is the first novel in the Boston Boys series and features Adam Maxwell and Jesse Jefferson who share a room in a dorm. Adam is head over heels for Jesse, but unless Jesse can crawl out of the closet, there might not be a future for the two. What complicates matters even worse is that Jesse, despite his feelings for Adam, already has someone else in his life.
I don't have a release date for A Life Without You, but it should be within the next month or two.
Posted by Erica Pike at 1:20 PM No comments:

Inspiration in the Strangest Places

After having exhausted my one and a half hour of inspiration while I was trying to fall asleep last night, I felt very uninspired this morning. So I went out for a walk.
There wasn't much wind, for a change, and not a lot of clouds in the sky. The walk did me good. I saw a bunch of horses, birds on lakes, reindeer moss ripe for the picking, sun and the moon in the sky at the same time (the sun takes a hike in the winter, but the moon never leaves), paw prints in the black sand, fields and fields of moss-covered lava with long, wide cracks splitting the earth, and the ever-unruly sea clashing against black rocks. When I bent down to pick up a plump berry that was oddly still there after all the harsh weather and cold lately, a whole scene and a plot device flashed through my mind.
Inspired? Yes, but for the wrong story. I guess I'll have to sludge through the short story today, but I have a feeling I'll have to put my third manuscript of the Boston Boys series until I've finished writing that viking story of mine.
Posted by Erica Pike at 5:22 AM No comments:

People! We have an official cover! No Boundaries Press is working super fast (honestly, they answer my emails within minutes if it's during waking-hours in America). It was designed by lovely Dakota Trace, and she nailed it on first try.
This is the first of five short stories in the College Fun and Gays series. They are all independent of each other, but all take place in a college and/or dorm. The other covers will have that college building, but a different photo above it and a different color (I think).
So far, NBP have been amazing to work with. We haven't begun on the edits, but those girls are so sweet and energetic, and ready to answer every question I have. I also get a whole lot of say in the cover art (we're working on the next two as I'm writing this).
So yeah, Hot Hands will be out in January 2012 and will possibly be my debut - if A Life Without You won't be released by then (I still don't have a date on that one).
Posted by Erica Pike at 1:52 PM No comments:

Signed with No Boundaries Press 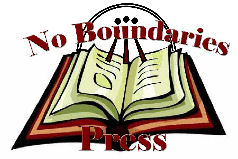 I know, I know, I promised segments, but I still haven't written a single one! I'm so sorry. It's just that things have been super busy lately.
The latest news is that I've signed three contracts with No Boundaries Press for my series of short stories: College Fun and Gays. These three stories are Hot Hands, A Grade-A-Sex Deal, and The Walls Have Ears. I'm writing the fourth, but all in all they will be five. Hot Hands will be released in January 2012, A Grade-A-Sex Deal in February, etc. When all have been released, they will be gathered into an anthology.
Each story is independent of the other, 10-15k long, and they really have nothing in common other than taking place in a college/dorm. There's a deep theme in each, like bullying, rejection after coming out, deep insecurities, and struggling with coming to terms with one's sexuality (haven't decided what the fifth will be). But each also centers around love and of course there's hot sex in every single one.
No Boundaries Press is a new publishing company. In fact, it's so new that they're only releasing their first batch of books in January 2012. I'm super excited to be working with them, because these girls are fantastic and very, very organized. They pay 60% royalty on ebooks - which is beyond generous - and chase away all of heir books from pirate sites (how cool is that??). They also hold workshops on copyright and piracy, promotions, and branding (and more to come in the future), hold giveaways and competitions. They have a book review blog that reviews books from all over the place. Aaand they have their own Promotions Director, who actively helps No Boundaries Press promote their authors.
Cool? I'd say so ^.^
Posted by Erica Pike at 4:34 AM 2 comments: