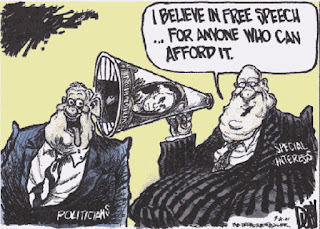 Well people, it's been a few days since PayPal sent the announcement that they're backing off with some of their demands. Or that's how I see it. What they said was that this was their intention all along! Can you believe that?

Here are snippets from Anuj Nayar's, PayPal's director of communications, blog post on the UPDATE: PayPal's Acceptable Use Policy:

After talking with some of our affected merchants and other interested parties, we wanted to clarify exactly how we are going to implement the policy.

First and foremost, we are going to focus this policy only on e-books that contain potentially illegal images, not e-books that are limited to just text. The policy will prohibit use of PayPal for the sale of e-books that contain child pornography, or e-books with text and obscene images of rape, bestiality or incest (as defined by the U.S. legal standard for obscenity: material that appeals to the prurient interest, depicts sexual conduct in a patently offensive way, and lacks serious literary, artistic, political or scientific value).

In addition, the policy will be focused on individual books, not on entire “classes” of books. Instead of demanding that e-book publishers remove all books in a category, we will provide notice to the seller of the specific e-books, if any, that we believe violate our policy.  We are working with e-book publishers on a process that will provide any affected site operator or author the opportunity to respond to and challenge a notice that an e-book violates the policy. (Emphasis is mine)


Okay, "illegal images, no e-books that are limited to just text": bullshit that this was their original intention! There's no way at least four different publishers/retailers misunderstood PayPal's original intention. Their intention was so clear the Bookstrand caved under the threat immediately and kicked out most of their indie authors and new publishers (one of my publishers included) - even those who didn't write/publish erotica (theory is that they were happy for the excuse to do it - I don't know if that's true). Kudos for that last bit of bold text - they're learning to play nice.

Why do I say "their original intention"? Here:

Our primary interest in this matter has always been to come to a mutually agreeable solution that allows freedom of expression, while still ensuring PayPal is used in ways that fully comply with applicable laws and our policies. (Emphasis is mine)


Uhuh. That's why the publishers/retailer were calmly thinking things over, because they had daaays to think about agreeable solutions. Bullshit! They had next to no time to comply, and only got an extension when people started protesting.

To be clear, we have not shut down the PayPal account of any of the e-book publishers involved in this matter.  PayPal is committed to working with publishers on a mutually acceptable process to address potentially offending books on their sites so that material with images that violate this policy cannot be purchased using our service. (Emphasis is mine)

There are those "images" again. How-oh-how did the four retailers misunderstand that? Yes, that's me being sarcastic. No, they did not shut down any of the publishers/retailers, but they did hold a gun to their heads and threatened to fire if they didn't comply (always wanted to quote the Star Trek's Borg: "You will be assimilated. Resistance is futile."). That's been clear all along. It wasn't until Mark Coker of Smashwords stepped in and started negotiating. I believe that man can talk his ass of to anyone and make them feel like the outcome is a win-win (which, in this case, it was).

I was fairly quick to shift my eyes from the retailers to PayPal/credit card companies, because I don't like bullies and they were displaying bullying behavior. But get this, it wasn't until after both Visa and Mastercard had sent out letters saying that they had nothing to do with PayPal's crackdown that PayPal sent out their update. I can't say for sure if that's why they decided to back off with their demands, because Mark Coker *did* go in person to meet them, but it sure looks fishy. Though I believe Mark Coker was a big reason PayPal backed down, I think it's been a mix of things:

Thanks so much to all those who signed petitions; blogged; kept lists of what was happening and thereby kept us updated; sent mails and inquirites to PayPal, newspapers, news sites, organizations, credit card companies, and all sorts of social media. Hell, I contacted 60 Minutes. I have no idea if they made inquiries, but at least I tried! PayPal said there was some "chatter" - I say there was an uproar.

Anyway, I'm happy that it's over. They can still change things in the future, but for now it seems we have won.

Great news.  Yesterday afternoon I met with PayPal at their office in San Jose, where they informed me of their decision to modify their policies to allow legal fiction.

Effective last night, we rolled back the Smashwords Terms of Service to its pre-February 24 state.

It's been a tumultuous, nerve-wracking few weeks as we worked to protect the right of writers to write and publish legal fiction.

I would like to express my sincere thanks to Smashwords authors, publishers and customers.  You stood up and made your voice known.  Thank you to every Smashwords author and publisher who wrote me to express opinions, even if we disagreed, and even if you were angry with me. You inspired me to carry your cause forward.

Smashwords authors, publishers and customers mobilized. You made telephone calls, wrote emails and letters, started and signed petitions, blogged, tweeted, Facebooked and drove the conversation. You made the difference.  Without you, no one would have paid attention. I would also like to thank the Electronic Frontier Foundation (EFF), The American Booksellers Foundation for Free Expression (ABFFE) and the National Coalition Against Censorship (NCAC). These three advocacy groups were the first to stand up for our authors, publishers and customers. Their contribution cannot be overstated.  We collaborated with them to build a coalition of like-minded organizations to support our mutual cause. Special kudos to Rainey Reitman of EFF for her energy, enthusiasm and leadership.

I would also like to thank all the bloggers and journalists out there who helped carry our story forward by lending their platforms to get the story out.  Special thanks to TechCrunch, Slashdot, TechDirt, The Independent (UK), Reuters, Publishers Weekly, Dow Jones, The Digital Reader, CNET, Forbes, GalleyCat & EbookNewser and dozens of others too numerous to mention.

I would like to thank our friends at PayPal.  They worked with us in good faith as they promised, engaged us in dialogue, made the effort to understand Smashwords and our mission, went to bat for our authors with the credit card companies and banks, and showed the courage to revise their policies.

This is a big, bold move by PayPal.  It represents a watershed decision that protects the rights of writers to write, publish and distribute legal fiction.  It also protects the rights of readers to purchase and enjoy all fiction in the privacy of their own imagination. It clarifies and rationalizes the role of financial services providers and pulls them out of the business of censoring legal fiction.

Following implementation of their new policies, PayPal will have the most liberal, pro-First-Amendment policies of the major payment processors.  Will Google Checkout and Checkout by Amazon be next now that the credit card companies have clarified their positions, and have essentially given payment providers the permission to adopt more enlightened policies?   Finally, thanks to Selena Kitt of Excessica and Remittance Girl for helping me to understand and respect all fiction more than I ever have before.

This is a bright day for indie publishing.  In the old world, traditional publishers were the arbiters of literary merit.  Today, thanks to the rise of indie ebooks, the world is moving toward a broader, more inclusive definition of literary merit. Smashwords gives writers the power and freedom to publish.  Merit is decided by your readers.  Just as it should be.