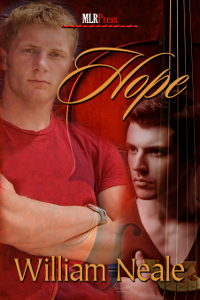 I don't normally promote books I haven't read, but I felt compelled to promote this one (it's on my to-read list now). It was written by the wonderfully sweet William Neale, a true gentleman in every sense of the word who passed away earlier this year from a fatal heart attack. This was his last book, and it's sad that he didn't get to see it through the birth, but his partner Marty was there to deliver, along with the help of MLR Press. It's already gotten some great reviews and I'm sure it'll get many more. I plan to read this before I go to GayRomLit 2012, as there will be a small tribute in Bill's honor at the MLR Press's Day Of The Dead Party (the name may sound inappropriate in this context, but the event had been planned before Bill passed away - he was one of the GRL 2012 organizers). Kris Jacen, at MLR Press, took it upon herself to finalize the manuscript.

Dumped by his closeted lover only to fall for a man who's already taken, Spencer Hawkins finishes up his fellowship to discover he doesn't have a job. For anyone on the outside looking in, it seemed Spencer was failing miserably at life in general, until one phone call changes everything. The prospect of pulling up stakes and relocating to a new city provides the one thing he needs most---Hope.

Hunter Harrison's partner has left, abandoning not only him but their adopted son whose heart defect has left them in limbo awaiting a heart transplant that may not come in time. It took meeting Spencer for Hunter and his son to find something new to hold onto---Hope.

Building a love that can last a lifetime will take strength and the one thing they found in each other---Hope.