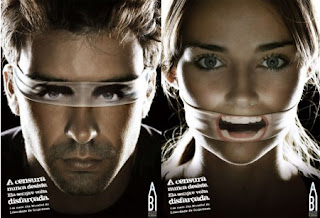 Most of you have probably heard about what's happening with Bookstrand*, ARe*, and Smashwords* (who are likely the first of many to come). They're being bullied and threatened by PayPal to remove "incest, bestiality, rape, and underage erotica" from their lists or their accounts with PayPal will be frozen and their money confiscated (!!). Admittedly, I would never read three of those four subjects, but I have been known to enjoy brotherly love (Lee Brazil's excellent Telling the Truth, for one). I have spent the entire day reading up on this and weeding out fact from fiction.

PayPal is using their market dominance to push distributors (and probably publishers soon - they use PayPal to pay their authors) to censor out material that "could be considered obscene". I ask, who decides what is obscene and what isn't? Is bestiality, rape, incest, and underage erotica obscene? Yes, I'd say so, but this isn't about what's obscene and what isn't. A guy running naked through a park can also be considered obscene, but that's not even an issue here. Neither is Lolita, a classic book about a relationship between a pedophile and a child (tell me if that's going to be pulled off shelves? I think not). This is about censorship.

But it's not only PayPal. In a way I feel sorry for the distributors who have had to react without notice to PayPal's brutal demands. They've had to make snap decisions and there's been no time to find an alternate way of payments, because PayPal basically says "do this or you won't get the money in your accounts". However, the distributors mentioned above are taking things further for various and unnecessary reasons. They're also pulling down titles with "barely legal" content and "pseudo incest". What the hell??
-- Barely legal means 18 and 19 years old. People that age are legally allowed to have sex, so why would anyone restrict that? So far these distributors are only focusing on "barely legal" girls, so I'm safe (because mine are guys), but they're knocking on the door right next to mine and I don't like it.
-- "Pseudo incest" means sexual relations between (in this case) grown step/foster children and step/foster fathers/mothers or step/foster siblings (this last one is popular). Again, "pseudo incest" isn't illegal - Woody Allen anyone? Besides, if we're going for things that are illegal but still written in books, then how about murder, theft, and plots to distribute a virus? If PayPal believes that writing about incest will encourage incest, then shouldn't writing about murder (like the Dexter books) also encourage murder? That would pull off a whole lot of books and make a mass of people angry.

In short, distributors are pulling off their shelves perfectly "legal" material!

There's a petition running to appeal to Paypal. Please, please sign this if you value freedom of speech, press, and personal choice. Banks and other financial institutions shouldn't dictate what we choose to write and read (or even buy, as long as it's legal). Where do they even come off trying to? It may not affect your genre NOW, but if we let this go, your content might be next. This also affects readers because PayPal is telling them what they can an cannot read (yes, "can" - not "may" - because people will have a harder time getting access to what they want to read).

Although Bookstrand, ARe and Smashwords have - at least for the moment - caved under pressure, others are fighting. No Boundaries Press is working on offering these new homeless books with "questionable" content a home on their sale site. The authors won't have to sign a publishing deal with them. They won't have to drop their current publisher and they won't have to stop self-publishing these specific titles. NBP's just offering a way to sell these books that are under attack and will charge no more sales fee than any of the above distributors. They're very adamant about fighting this censorship and they've found a different way to handle payments. They're not just offering this to authors, but publishers as well (and self-publishers, in case I didn't make that clear). Check out their blog if you're interested and please spread the word if you know someone who's been a victim of this witch hunt.

Here are more links on this topic:
Two Legs Bad: An Open Letter to Mark Coker (owner of Smashwords) - Mark himself even replied to this one.
Putting the World According to PayPal In Perspective - This is just hilarious. A fun way to learn about what's happening.
Erotica Book Banning Round Up - with more links!
Censorship and Paypal: UnConstitutional and WRONG - Wayne has listed emails to where people can send their complaints to PayPal. I'm quoting a bit from his blog:

"A while back, I spoke on this blog about my frustration and anger with PayPal. The issue at the time was that they unilaterally froze my account because I bought $6 worth of novellas from Astraea Press in aid of a charity drive. I later reviewed these books, only to learn to my chagrin that PayPal had denied the payment and frozen my account.

After this disagreeable incident, I finally decided I’d had quite enough of PayPal and their unreasonably restrictive clauses. After all, no one has the right to view my purchases and tell me which ones are acceptable and which are not. I’m an adult male in the United States of America, and as such I enjoy all the rights and freedoms guaranteed by the Constitution.

* These are links to where you can see the letters from these distributors. Here are the credits: Author Cat Johnson has Bookstrand letter, The Self Publishing Revolution has the All Romance eBooks letter, The Digital Reader has the Smashwords letter.