Hop Winners and a Word on Homophobia 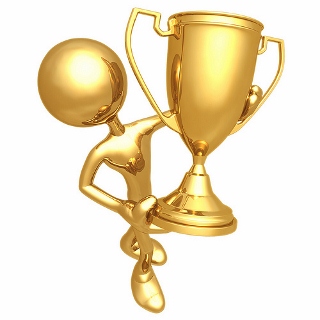 There were 40 entries to my giveaway this time, which is more than last time and absolutely fantastic. It still indicates that I have a lot of work to do for the m/m-only blog hop in May. We'll want greater numbers than 40 with 130 m/m authors, publishers and reviewers already signed up (and more coming). If you're an m/m author, publisher or reviewer (don't have to be m/m-exclusive publisher or reviewer) and want to take part in the Hop Against Homophobia, sign-ups will be open until May 16th. The more the merrier.

If you're a reader, we'd love it if you could mark down this event and tell your m/m-reading friend about it. This is for a good cause: to help create awareness against homophobia and to stand together as an m/m genre (authors, publishers, reviewers AND readers) to try to help the world see gay fiction as first class literature, not second class. I'm sure many of you caught the RWA's stint of excluding same-sex romance stories from entering their More than Magic contest. RWA cancelled the contest after an uproar from the GLBT community and supporters, but they followed the cancellation up with a lame excuse that shows that the m/m genre still has a lot of work ahead of itself to be considered normal. We hope that Hop Against Homophobia will be a step toward making that happen.

But you  probably came here to see if you won! The plan was to draw three winners, one for each prize offered, but since I have two kids I decided to draw four winners. What I did was print out the entrants' names, cut it down in strips, fold the whole lot up and let them draw two each.

Valerie - A Life Without You
PD Singer - Hot Hands
Lisa - Hot Hands
Valentina - Grade-A-Sex Deal (it will be out very soon!)

Congrats guys :) I'll send out the emails later today. For the rest of you, I'm so sorry you didn't win this time, but I'm taking part in the Easter hop where you'll get another chance :) Then, of course, there's the May 17th Hop Against Homophobia where my prizes will be a bit more extravagant and in greater numbers.

Until then, you're welcome to download my very short but very sweet free story, In His Pocket. If you get warning messages, just continue to click "continue" until you get the file to download (I hear this can be a problem for international people).

(Header image credit)
Posted by Erica Pike at 4:01 AM