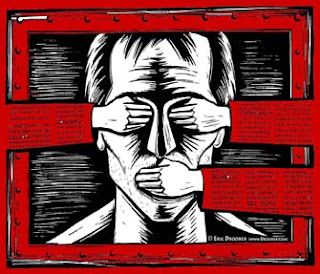 First, I'm having two giveaways: A Life Without You at Joyfully Jay's; Hot Hands and Grade-A-Sex Deal at Stumbling Over Chaos. They'll be open for a few days. You just have to leave a quick comment for a chance to win :)

No Boundaries Press has been actively fighting Paypal by inviting those who had to take their titles down from Smashwords, Bookstrand, and All Romance eBooks to vendor their "questionable" titles from the NBP store. They found a way around the system, but people were still wondering how they were able to since it's the credit card companies who have been hovering over the Paypal Terms of Service (ToS). Well, this is taken from the NBP blog:

I know some are saying the tokens will not work. Truth of the matter is, I’ve talked to various credit card companies and also read my customer agreements.

You can go to the Bunny Ranch and pay with your Visa card kids. I was promised by the companies i spoke with that it is PayPal NOT the credit card companies that PayPal is trying to blame.

Sometimes on adult items, as a seller, you can be charged higher percentage fees — sometimes.

So, getting rid of PayPal completely is the best bet. Bottom line is the credit companies don’t care where you spend–so long as you do.I know some are saying the tokens will not work. Truth of the matter is, I’ve talked to various credit card companies and also read my customer agreements.

You can go to the Bunny Ranch and pay with your Visa card kids. I was promised by the companies i spoke with that it is PayPal NOT the credit card companies that PayPal is trying to blame.

Sometimes on adult items, as a seller, you can be charged higher percentage fees — sometimes.

So, getting rid of PayPal completely is the best bet. Bottom line is the credit companies don’t care where you spend–so long as you do.

What the heck is going on here?

Mind you, I now feel partly sympathetic to the retailers who've had to change their policies and have been subjected to public outrage. I say partly because they could have handled things better. There was no need, for example, for Bookstrand to kick out most indie authors. Smashwords could also have taken more time to consider their stand. But then, if you think about it, they had very little time to react. The retailers had to make snap decisions, and snap decisions can often be dangerously rash. No time to think things to the end, no time to slave over the letter to authors because the letters had to go out immediately or accounts would be frozen (and money confiscated, I've heard). There was actually a very sincere letter from Mark Coker, owner of Smashwords, and I'm gluing it to the bottom of this post.

Before I do, I'd like to say that the Stop Internet Censorship petition has reached its goal of 1000! 1343 people have signed and I'm hoping a lot more will before it's sent off.

Also, If you want to read more on what's been happening. S.V. Rowle has been collecting links since it started.

The following email was sent to all Smashwords authors/publishers/agents Monday, February 27 who have published erotica at Smashwords.
-----
As with the first email from Friday (archived here: http://www.smashwords.com/press/release/27 ), you're receiving this message because you have previously published erotica content at Smashwords under your account at http://www.smashwords.com/profile/view/[[username]] tied to your email address, [[user_email]]. Just because you're receiving this email doesn't mean your book or books are affected. Read on.
-----

I'm writing to give you an update on where things stand. We are extending the deadline (previously set for tonight) for Smashwords authors/publishers/agents to voluntarily remove certain content (erotica featuring themes of rape, bestiality, incest) from Smashwords . I'll communicate the new deadline in a future email once I gain new information.

I had another call with PayPal this morning. Our conversation is continuing with them as I seek to achieve a less onerous, more sensible result.

There's a sliver of hope that I might be able to obtain a more positive, less restrictive outcome than I communicated on Friday, yet it's unlikely we'll achieve the true result I want (no censorship) in the near term. Today, PayPal hinted at a more relaxed definition of prohibited content as, according to them [I'm paraphrasing], "probited boooks would be those for which rape, bestiality and incest are the major theme. If rape, bestiality and incest are incidental plot points, then that content might be allowable."

This represents a significant clarification in our ongoing attempt to delineate the gray areas and push back the onerous, unfair and restrictive definitions as they now stand. It's an opening, but it's not the final word from PayPal. Our friends at PayPal are trying their their best to help Smashwords authors and publishers.

This potential relaxation doesn't solve the broader issue of censorship. I think if a writer wants to write fiction around the theme of [anything], I think they should be able to write it if it's legal.

Today's progress, while encouraging, also opens up new gray area. How does one judge whether the taboo subjects are incidental instances or major themes? Where does one draw the line? The PayPal rep and I agreed our discussion will continue, and they assured me our PayPal services will not be cut off as we both work in good faith to advance the discussions.

A lot of people have been attacking Smashwords for my decision to comply with PayPal's requirements. They're pointing their arrows at the wrong target, and they're not helping their cause. We're working to effect positive long term change for the entire Smashwords community, and that includes all our erotica authors and readers. This change is possible only if we work together toward a common goal. When people spread lies that this is all part of a Smashwords plot to dispose of "icky books" (their words, not mine), or try to portray our actions as some sexist attack against women, or worse attacks I won't repeat here, they're wrong. Despite the ugliness shown to me and Smashwords over the weekend, I'm still working to protect these very people who attack us. The attackers don't understand what we're doing on their behalf behind the scenes, and even if they did understand I don't expect them to agree with our approach. I'd rather work with PayPal in good faith than martyr the entire Smashwords community upon the stake of this impending deadline.

This is only the first chapter in this battle. Even if we fail in the short term we survive to fight another day. Regardless of the near term outcome, we will continue to engage to effect positive change with your help.

Over the weekend, many Smashwords authors and publishers demanded we abandon PayPal and find a new payment processor. It's not so simple, and it doesn't solve the greater problem hanging over everyone's head. PayPal is trying to implement the requirements of credit card companies, banks and credit unions. This is where it's all originating. These same requirements will eventually rain down upon every other payment processor. PayPal is trying to maintain their relationships with the credit card companies and banks, just as we want to maintain our relationship with PayPal. People who argue PayPal is the evil villain and we should drop them are missing the bigger picture. Should we give up on accepting credit cards forever? The answer is no. This goes beyond PayPal. Imagine the implications if credit card companies start going after the major ebook retailers who sell erotica?

My objective is for PayPal and Smashwords to pull the credit card companies into a more open discussion about these issues. I want all financial institutions to reevaluate their policies. I want the banks to change or clarify their policies toward something more enlightened. I want PayPal to loosen their policies. We need financial institutions to get out of the business of telling writers what they can write and what readers can read. Without this much-needed debate, the slippery slope gets more slippery for all indies.

Indie authors are the biggest publishers of erotica. Already, one retailer/distributor, Bookstrand, decided to drop all indies from their store. I can only assume they decided the angry authors were more trouble than they were worth. Our business is all about serving indie authors, so even if some segments of our author community are shooting arrows at us, we still want to help them work through this. The campaign at hand goes beyond erotica authors. It's an indie issue. Indies are breaking the boundaries previously set by large traditional publishers. This boundary-breaking scares people. We should welcome the debate about what a "good book" should look like. I think a good book is anything legal that readers want to read, even if I don't want to read it myself.

This campaign represents an incredible long shot. To move this forward, I need your help. Even if you don't publish in the categories directly impacted by this crackdown, this campaign matters to you.

What can you do to move things forward? First, direct your attention where it matters most. Contact your credit card company or congressperson and tell them you want financial services companies out of the business of censoring what writers and readers are free to imagine with fiction. Blog about it. Tweet about it. Contact your favorite blogger and encourage them to raise awareness. Start petitions and tell financial institutions you want their censors out of your head. Contact the media. The media, with your urging, has the power to shine a bright light on the dangerous slipperly slope of censorship by financial institutions.

If the media (both traditional and social) calls on credit card companies and banks to honestly answer these simple questions, then they'll either be compelled to acknowledge the absurdity of their policies or they'll be compelled to rewrite their policies. This troublesome tide can shift if financial institutions are forced to answer why they're prohibiting legal fiction.

I realize my message to you today cannot possibly answer all the questions you may have. Know that we're working for all authors, even those likely to suffer from whatever ultimate changes we implement in the near term. We all want censors off our backs and out of our heads, and if that's not the result we achieve, then we'll at least work to get you more clearly defined rules. Bear with us.

I will post this message in the Smashwords Press room at http://www.smashwords.com/press so it's archived.

P.S. Please think carefully before emailing me. Although I try to reply to everyone and stay accessible, the flood of emails ultimately prevents me from serving your interests. I will send out additional updates via email as warranted, and will also post interim updates to Site Updates at
https://www.smashwords.com/about/beta

Header image credit
Posted by Erica Pike at 2:13 AM