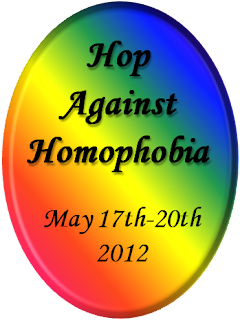 It's time! It's the International Day Against Homophobia and Transphobia. It's the day where we stand up and and say no to homophobic and transphobic discrimination. It's a day where we honor GLBTQ people and their rights and remind the world of the injustice they've gone through, but it's also a day to be celebrated because a lot has been accomplished in fight against homophobia and it's worth noting those things in hope that it will give inspiration and hope.

I'd like to talk about homophobia and transphobia in my home country, Iceland. I've been saying left and right that there isn't much homophobia here, because the people I know aren't homophobic. The media and society here also appear to be very supportive of GLBTQ people, but I felt uncomfortable stating this during this hop, in case I was wrong. So I stopped by the Samtökin 78, The National Queer Organization, last week and spoke with the director, Árni Grétar Jóhannsson.

First, Iceland is a small country with around 300,000 inhabitants. The general public is not heavily religious and most of the churches here are liberal and welcoming to everyone (GLBTQ people included). We have a lesbian prime minister, but no one really cares. We have a lot of people in show business who are openly gay and, for the most part, they don't suffer for that. In fact, they're generally more respected for being open about themselves.

Iceland hasn't always been open to homosexuality - far from it. In a 1975 interview with Hörður Torfason, the first Icelandic man to openly admit his homosexuality in a magazine, he talks about how homosexuality shouldn't be anyone's business. He also talked about the hardships he'd gone through because of the rumors of him being gay. Among other things, he couldn't rent an apartment and had to take a lot of verbal (and hinted at physical) abuse. He had to flee the country after the interview, because his life was threatened. This is truly heartbreaking, and the worst thing is that this is still what GLBTQ people have to face today in many countries. But a lot has changed in Iceland since 1975.

Árni confirmed that there isn't a lot of homophobia in Iceland. Samtökin 78 has been working tirelessly for 30 years for the Icelandic community to accept GLBTQ and to protect the rights of GLBTQ people. Árni told me that the first thing they did was to take the words "lesbia" and "hommi" and make it their own, so in Iceland it's perfectly acceptable to use those terms (though I feel wary about using "hommi", because "homo" in English is usually offensive). They go to schools and educate the kids. They also get called out to the schools especially if there's extra need (if prejudice pops up in relation to a GLBTQ child, for example). They're also very active in the community and make sure that the government doesn't do anything silly that would compromise the interests of the people they represent.

Working alongside the Samtökin 78 is Paul Oscar, Iceland's most beloved pop singer. I remember him from when I was a teen and I also remember how he repeatedly shocked the public into acceptance with his videos, interviews, and just by being his gorgeous, amazing, fun and charming self. Absolutely nothing is taboo when it comes to him and he'll answer any question on homosexuality, not matter how intrusive. Árni confirmed that he's been a huge part of bringing acceptance of gays and lesbians in Iceland.

There are more public figures that have helped bring acceptance. There's Friðrik Ómar, a singer who's flamboyant like Paul Oscar, but is married to a man and they walk hand-in-hand like any other couple to public events. There's the confident and eloquent Karl Berndsen, a hair and makeup stylist who moved back to Iceland a few years back and did a TV series. There are many more, but it's time to move on to the less positive sides... 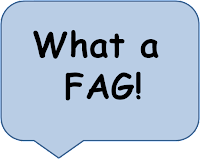 There may be less homophobia in Iceland than in many other countries, but that is not to say that there is none. What were harmless "homo jokes" and comments before, now sound offensive to me and is probably hurtful to others. There is also gossip about GLBTQ people in smaller communities...but then there's also a whole lot of gossip about everyone else, so I guess this will never change. Árni was able to name four loud voices - bloggers - in Iceland who actively speak out against GLBTQ people, and one church (that is not a part of the national Lutheran church). However, the government and city officials are clear: homophobic discrimination is not acceptable. The church had been promised funds from the city, but the promise was withdrawn when Reykjavik learned of the church's anti-GLBTQ speech and ideals. One of the bloggers is a school teacher in Akureyri (the largest town in the north), but he got discharged because of his anti-GLBTQ speech, as it was likely to influence the children. He appealed, saying it had nothing to do with his teaching, so he's still teaching today, but Akureyri isn't giving up and the lawsuit is still going.

Trans people, unfortunately, are not as accepted as gays and lesbians. Árni told me that two years ago, the rights of trans people were in the same place as the rights of gay and lesbian people were thirty years before. For the past two years, Samtökin has been working hard to fight for trans-rights, and to educate the public. Things seem to be changing for the better though, and a lot of it has to do with Vala Grand, another public figure who isn't afraid to express herself. Physically, she used to be a he, but has now gone through a sex change. She has been very open about the whole process and hosts her own web-TV shows that are very popular. I can only hope that by being herself and allowing others to get to know her, transphobia in Iceland will quickly die down. But there's still work to be done, because a few weeks back, a trans-man was badly beat up in a bar for being who he is.

Beside writing this blog and organizing the hop, there is one other thing I've done today. I've joined the Samtökin 78, as it is for GLBTQ people and everyone else who wants to lend their support. By joining, I am openly standing up and telling my countrymen that I support GLBTQ people and rights. I'm also writing a proposal for my home town, pleading with them to renew their contract with Samtökin 78, so that Samtökin can continue educating the children in our school and provide their services to the GLBTQ people and their families in my home town. Samtökin 78 operates on donations and membership fees alone. Which brings me to the next part...

I want to thank everyone for stopping by and here is what I have to offer in the giveaway today:
an e-book from my backlist for three different people - winner's choice (anything released before May).
An e-copy of Absolutely Eric for one winner.
And here's the best part: a 5,000 Icelandic kronur donation to the Samtökin 78 in the name of one winner (roughly $40 according to today's exchange rate).

This hop, Hop Against Homophobia, is an attempt of nearly 250 m/m writers, reviewers and publishers to bring about awareness of homophobic discrimination. Each blog is giving out at least one prize. To visit the other sites, please click this link.

I hope that you've learned something from this entry, namely that it's possible to reach very positive result in national GLBTQ rights. All it takes is time and people to stand up for those rights.