Twinked Out, by Katey Hawthorne 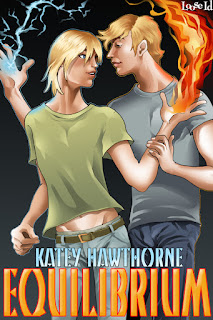 True story: I first heard the word "twink" when I was 20 years old and in college. Hey, this was a long time ago, the internet was small, and I grew up in the middle of nowhere. Gimme a break. Now, my friend group had an extremely, er, fluid outlook on sexuality, let's say, but we did our own thing and never applied labels.

Which is why when I first heard the word, it was in this context: "Katey, you gotta come play EverQuest--we'll totally twink you out!" "Dude, you are the awesomest wood elf bard twink ever! W00t!"

Probably the same year, I heard that word hurled between two men as an insult. "Whatever, you fucking twink." Context clues let me know they were not referring to a high elf wizard or dwarf paladin. I'm quick like that. Shortly thereafter, of course, I came to understand what it meant, and that it was often used in a complimentary (oh-god-you're-so-pretty) way as well as a pejorative (dumb-and-full-of-cum) one, and that it was yet another label that some will embrace and some will loathe, as is their right and no one else's.

Which is why I'm always kind of split on the word. While I approve wholeheartedly of any and all physical types celebrating their own personal brand of beauty, I know some find that particular word offensive due to connotations of shallowness and disposability. Unless I know how a person feels about the label, I have zero right to use it. Like, you know. Any label at all ever.

So when I'm writing a character to whom it might be applied, then he gets to say.

Exhibit A: Hansen Marks. My friends will tell you that I often describe the cover of Equilibrium as "Hansen lookin' all twinky." The boy fits the textbook description perfectly. He doesn't know it, but his boyfriend totally does--and knows to keep his mouth shut about it.

Defensive? Misguided? Hey, whatever, man, step off his balls already. He's on his way to a PhD in applied economics and he can set you on fire with his brain. Imply that you judge him even slightly based on his looks at your own peril.

Exhibit B: Kieran Cooper, a character in an upcoming book--two, actually. I saw this NSFW picture on tumblr and thought of him, just as an illustration. Anyone who points out his twinkiness to Kieran gets a big old, "Thanks, honey." (Did I mention he's southern, too?) Dude is tooth-rottingly sweet, golden on the outside, and even occasionally, yes, full of cream.

He is also incredibly intelligent, loyal, and tough. He might look like junk food to some, but the hell with them--he doesn't believe anyone is, when you get to know them.

1. Although most games make an effort to disallow twinking with things like level caps nowadays, gay gamers always get a good laugh over the puns.

2. No one gets to stick a label on someone's forehead except the person who owns said forehead. And that's when a label can be awesome. And, like this week, celebrated.

- Katey Hawthorne
Posted by Erica Pike at 4:35 AM