Twinks… and the Misconceptions We Perceive, by NJ Nielsen 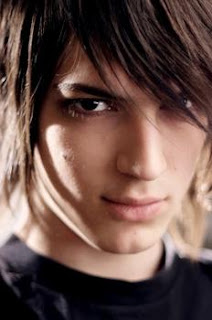 For those wondering, no, Absolutely Eric isn't out yet. I've sent a query to see what's up, but the day in America isn't over yet (though it's drawing to a close here in Iceland). While we wait, here's NJ Nielsen's post on twinks (mind you, I had a blast looking for photos for this one!) :)

Twinks… and the Misconceptions We Perceive, by NJ. Nielsen

I had this great piece I was going to write about twinks when Erica asked me to write a post, but in the end I just decided to wing it and hope for the best. I will probably get it wrong and have you all scratching your heads by the end of my time here. (All I can say is welcome to my world).

What is a twink really? Some people would think a twink is a small delicate man. Others would say add in flamboyant and prone to hissy fits. More people would say they are feminine and very soft, or barely legal looking men. My daughter said to add that most times twinks are portrayed as a little bit sluttish.


I think a twink in stories can be whoever you want them to be. I personally favour the ones who have the underlying strength that gets both main characters through whatever drama they are facing.

In my paranormal series my main character Michael Marsden would be considered a twink. Mainly for the reason he is a slender young man who is just finding himself and is a little unsure of who he really is, (stepping out of the closet and into immortality has a tendency to do that to a person).

Hell no! I think Michael has the potential to be one of my greatest characters yet. In Book one of The Lines of Marsden: Rules Are Meant To Be Broken, Michael’s whole world is turned upside down – literally. And yes he does have some very overemotional moments (which are another misconception of a twink). But by the end of the series my Michael will rule them all, and be bloody good at it.


I have always wondered is an emo guy considered a twink? Because nine times out of ten they are slender and either overemotional or emotionless. (Maybe the whole wearing only black thing might say no). Then I have to ask can straight guys be classed as twinks? I have a very straight 6”3 nephew who is very slender, kinda effeminate, long hair (from a distance you would mistake him for a girl – believe me I have done it before). Actually he reminds me of a pixie crossed with an Elven Kind. How old are you before you stop being labelled a twink?

Okay, what was I talking about again?

I have read a lot of books and I can tell you I am no nearer to working out just what a twink is as in each book there seems to be a different version for each author. In my books twinks are always (mostly) the strongest of the couple. I like it when the ideas of what a person is doesn’t quite match up with what I have written. It gives a story that bit of an edge and hopefully gives you another idea of what a twink is.

5 twinks I have loved in books – oh Lordy where to start?

Edward Beauregard III from Lynn Lorenz’s, Common Powers 3: Edward Unconditionally.
Nicky Everson from Stormy Glenn’s, Sammy & Friends 1: Picture Me Perfect.
Sean O’Brian from Evangeline Anderson’s, The Assignment (okay can I count him seeing as he only plays one undercover – LOL, I love that book so I guess he counts).
Jay De Luca from Carol Lynne’s, Cattle Valley 15: Recipe for Love.
Echo from Gabrielle Evans, Fatefully Yours 1: Dark Devotion.


Even though all of these men may be classed as twinks, they all have that undercurrent of inner strength that I think all twinks hold. I honestly don’t think I know any twinks in real life though I do have a friend who is gay and in his sixties that when he was younger he would definitely have been a classic twink. Man, I love that guy to death; his husband is just as wonderful.

I think that you either love twinks in stories or you hate them there is no in between… or you could be like me love some and hate others. Hey, I never said I make sense.

On that note I will away and wish you all the best with the week in twinkdom… oh Man did that just get the plot bunnies a hopping. A Royal family full of twinks, who have to find the men who can protect them in life and love. Somebody out there will write that story I am sure.

NJ's first novel, Rules Are Meant To Be Broken (The Lines of Marsden #1) will be out via MLR Press soon! I've had the privilege to have read it in the early stages and I'm telling you, you're in for something amazing. I'm telling you, if you want something original, her stories are it.
Here's the blurb:


The Lines of Marsden were born into existence for a reason: to right the wrongs that had once taken place. Destiny fated that they must destroy the Eldren before evil wins.

Michael Marsden wants to die -- for real this time. He wasn't meant to lead the half-life that he does. He chooses to let it go and let death take what it had already claimed.

But Christian Risely isn't about to let that happen. He is drawn to Michael and is willing to do anything to ensure that he lives, even if that means keeping him alive against his will.

Other stuff by NJ Nielsen is: