The Icelander in Me 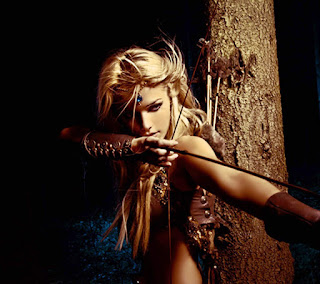 I think it‘s time I explain a few things about myself. I was born and raised in Iceland. I lived in Denmark for three and a half years, but other than that – and some overseas vacations – I've been in Iceland, around Icelanders my entire life.

I was a teen when Iceland‘s biggest pop star, Paul Oscar, became popular. He was a phenomena that no one had seen in Iceland before (or since). He not only had unique music, but he was gay and proud of it. He has helped push things out of the closet when it comes to LGBTQ talk and today LGBTQ talk isn't taboo at all in Iceland. It is freely discussed in media and among people. It is why I sometimes discuss LGBTQ matters that make some people take a step back...and ask if I have a right to discuss these matters. This makes me stop and think every time because while the discussion may seem innocent to me, it may be a sensitive matter for other people, so I start to wonder if I should really be discussing it. But then there's the fact that everyone has a right to discuss whatever they want to, as long as they're not harming other people while doing it.

Now, humor: Danish humor is not unlike the Icelandic humor: a bit sarcastic, jabbing, and make-fun-of-yourself. Like the Danes, Icelanders have a knack for making fun of themselves. We’ve pretty much had to, since we’ve lived under very harsh conditions since the settlement years. It is said that joking makes life easier, and I believe this has been a motto for many Icelanders through the decades.

Until World War II we were pretty isolated from the world. It’s a small country, 300,000 people’ish today (probably around 230,000 in WWII), and when you meet someone new it’s pretty much guaranteed you’ll have a joined acquaintance. With that kind of familiarity it’s easy to see how the jabbing humor has developed, like it would between siblings. Almost anything goes and not many things are off limits when it comes to joking. What I’m trying to say here is that I’ll joke about things, and talk about subjects without much reserve. To some it may seem insensitive, but it’s not meant that way. I realize not everyone’s humor is like this – far from it – but I’m hoping by explaining this that people will take my humor in stride and not take the things I say personally. I try to be careful, considerate to the fact that this kind of humor is...weird and offensive to different cultures/people, but sometimes things slip out before I can stop myself.

So why the archer woman in the skimpy outfit? Because my humor, comments and taboo-less discussions can sometimes seem like a sharp arrow at a target. A jab. A negative thing. I apologize in advance for that. I try not to be offensive, but it’s sometimes hard to see where the lines are. I understand that some people are sensitive when it comes to matters of sex and LGBTQ talk. Me being me, and raised in this surrounding, I go all out and don’t hold much back. This may seem insensitive to some people, and I’ve gotten into trouble for it more than once, but those who know me or have gotten to know me know that I mean no disrespect by it. It's hard for people to change who they are and I’m not sure I’d want to change this openness in me. I never talk about LGBTQ things in a pejorative manner. If I talk about gay men in leather, I talk about gay men in leather in a positive way and I don’t see how such a discussion can be negative or should not be talked about (just like I don't see how it would be wrong to talk about straight women in leather). Not talking about it would make it a taboo, and, yeah, you know where I stand on that.

Onto whether or not I have a right to discuss LGBTQ matters: Am I harming LGBTQ people by it? I don't think so. I'm of the belief that the more matters are discussed, the better, especially if things are talked about in a positive light.

As I've said, I am aware that there's a big difference in culture and/or personal opinion when it comes to these things. However, I will still be myself and I can't change my humor. That means I will probably continue to rub people the wrong way in the future. That said, next week is “Twink Week”. Yup, I said it: twink. I can already hear the bones crunching, as I'm pretty sure I'm stepping on some toes, but I’m going to do this in honor of next week’s release, Absolutely Eric. Eric, after all, is a very proud twink and I want to be able to discuss twinks in a positive way, just like "bears" are usually discussed in a positive way. So please, if the word or discussion of twinks offends you, you may want to stay away from this site next week, since I have fellow authors stopping by to discuss twinks. If you don’t mind the discussion then come on over and make yourself comfortable :)